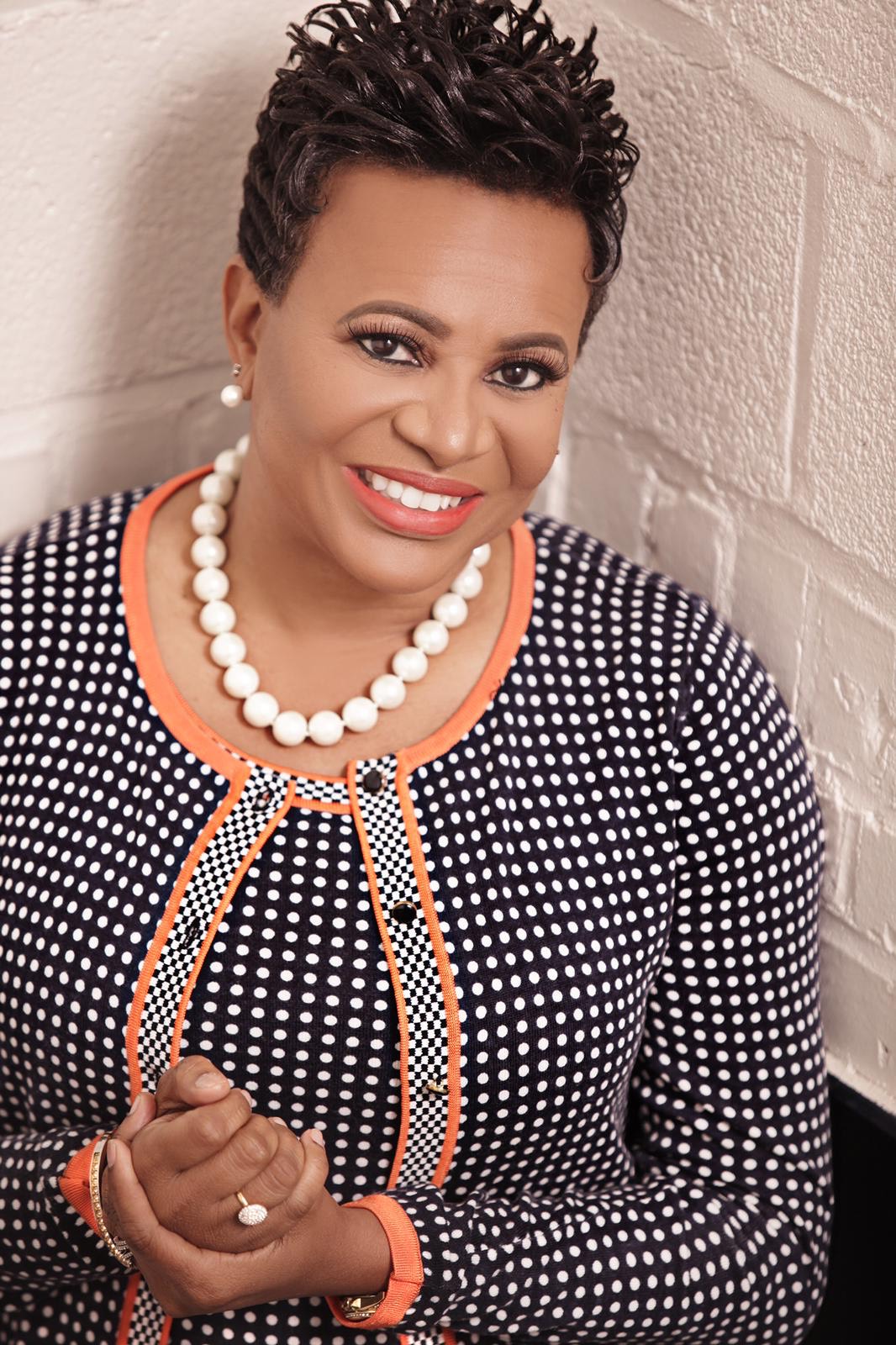 A native of the Island of Trinidad, Dr. Jasmin “Jazz” Sculark is a globally recognized pastor, teacher, evangelist, author and philanthropist. She is also known as the “Daughter of Thunder” for the thunderous sound she makes in the Earth that impacts the hearts and minds of all who come into contact with her ministry.

She is the founder and president of Dr. Jazz Ministries. Her ministry reaches to Africa, Canada, the Caribbean, Europe and throughout the United States.

Dr. Jazz is humbled by the call that God has placed on her life and is passionate about her purpose, which is to encourage, educate, equip and empower the world through the spoken and written word.

She is indeed a woman for such a time as this! 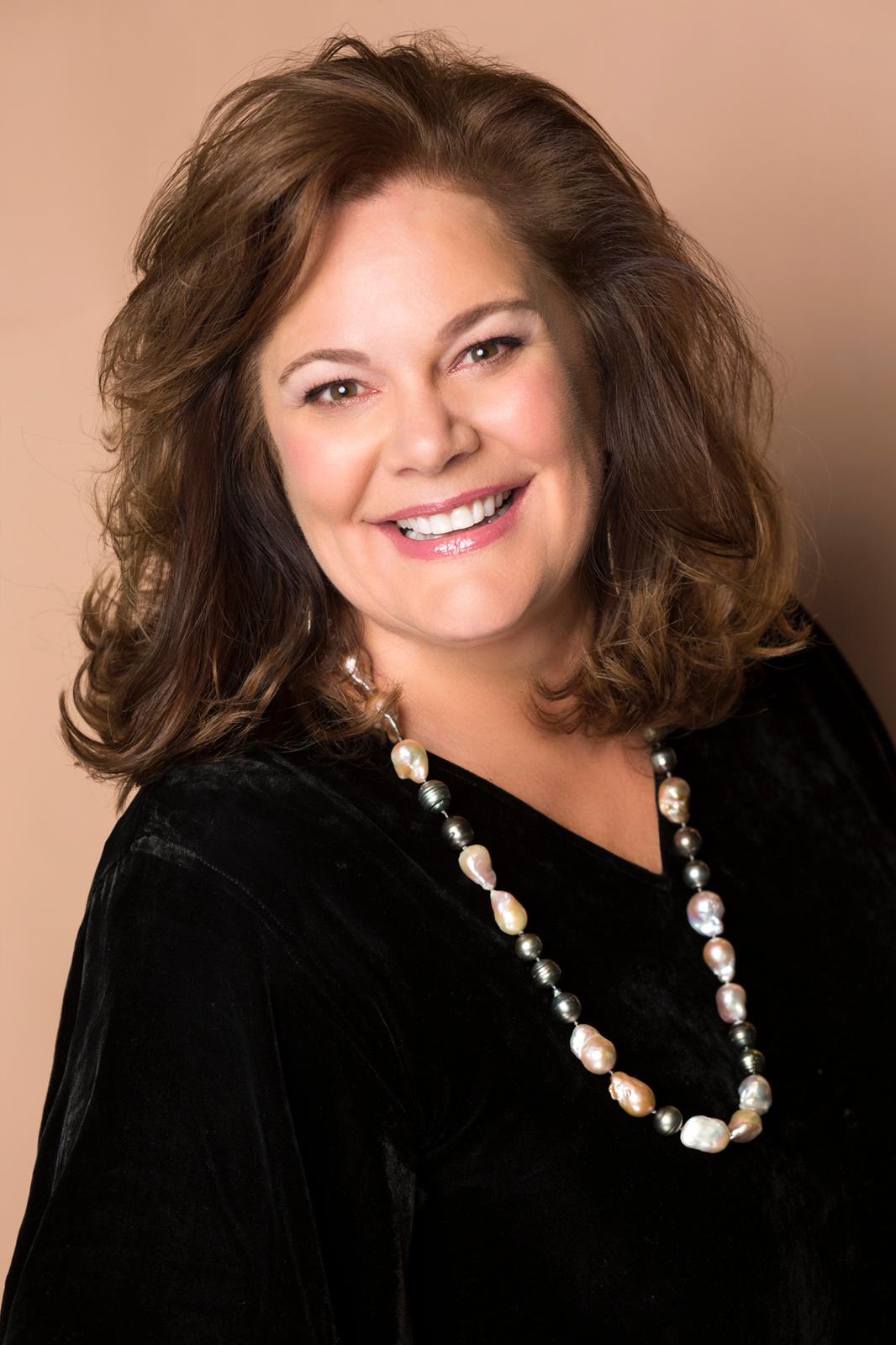 Rarely are the terms hilarious storyteller and theological scholar used in the same sentence, much less used to describe the same person but then again, Lisa Harper is anything but stereotypical! She has been lauded as a gifted communicator, whose writing and speaking overflow with colorful pop culture references that connect the dots between the Bible era and modern life. Her style combines sound scriptural exposition with easy-to-relate to anecdotes and comedic wit.

Best-selling author and pastor Max Lucado calls Lisa one of the “best Bible tour guides around,” and speaker Priscilla Evans Shirer adds, “Her God-given ability to not merely teach the Word but package it in a way that stirs the heart and calls to action is incomparable. When she speaks, ears perk up!”

Her vocational resume includes six years as the director of Focus on the Family’s national women’s ministry where she created the popular Renewing the Heart conferences, attended by almost 200,000 women, followed by six years as the women’s ministry director at a large church in Nashville. Her academic resume includes a Masters of Theological Studies with honors from Covenant Seminary in St. Louis. Now a sought-after Bible teacher and speaker, Lisa was on the Women of Faith national arena tour for eight years and speaks at many other large multi-denominational events as well as at hundreds of churches all over the world.

She’s had twelve books published including A Perfect Mess: Why You Don’t Have To Worry About Being Good Enough For God and  her latest, Believing Jesus: Are You Willing To Risk Everything?. She also has three best-selling video-based Bible study curriculums with LifeWay: Malachi: A Love That Never Lets Go; Hebrews: The Nearness of King Jesus; Mark: The Jesus We’re Aching For; and The Sacrament of Happy (released in 2017)

Yet when asked about her credentials, the most noticeable thing about Lisa Harper is her authenticity. During a recent interview she said, “I’m so grateful for the opportunities God’s given me but don’t forget, He often uses donkeys and rocks!” She went on to describe her greatest accomplishment to date as getting to be Missy’s mama. Because in April 2014, after a difficult two-year journey, Lisa finally got to bring her adopted daughter home from Haiti and she hasn’t stopped grinning since. 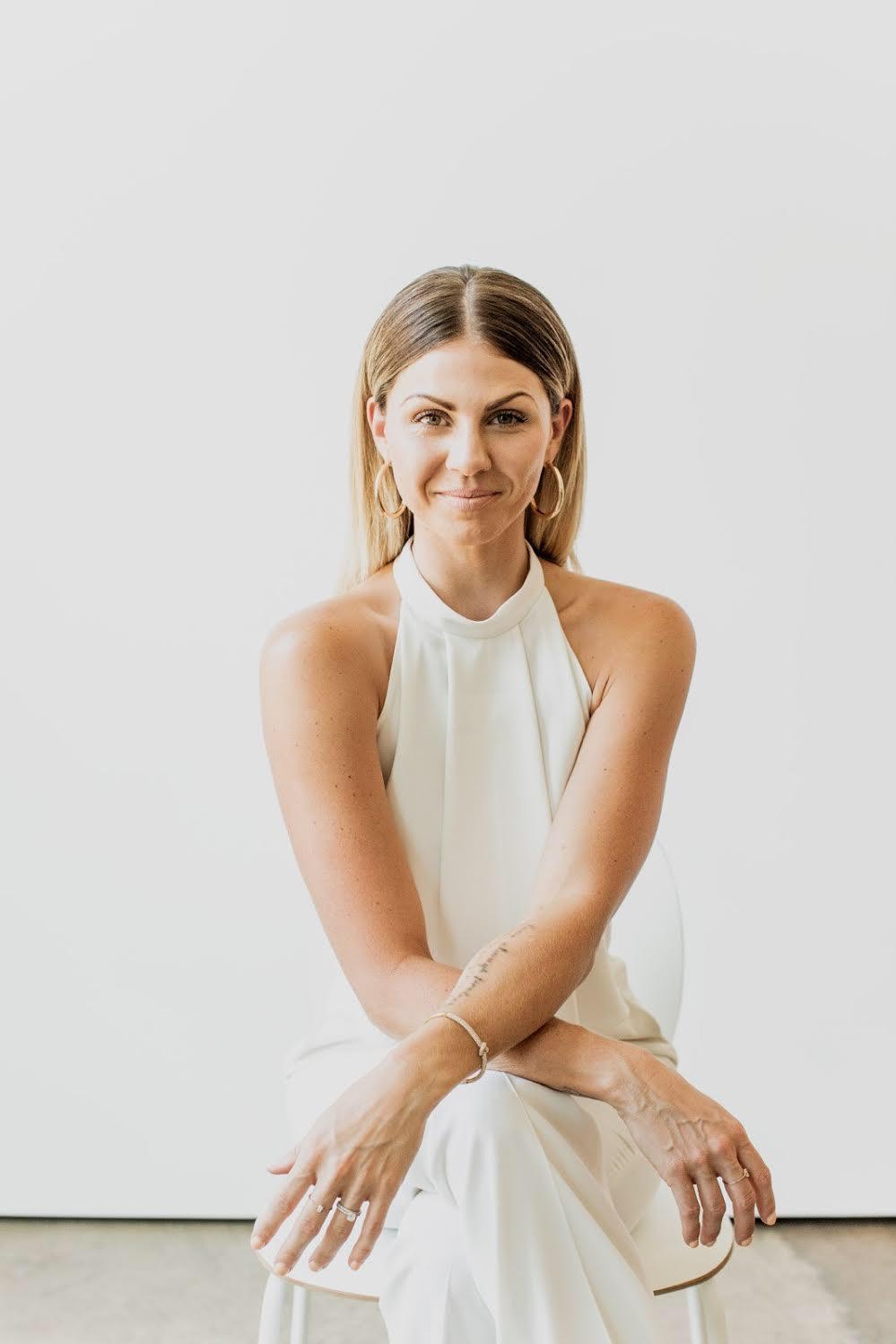 Born in the natural state, at age 18, Taylor packed up everything she owned, and never looked back. Dallas, Texas is where she currently resides with her husband and 3 littles. Life is fun. Her husband, Robert, captured her heart from day one. Her greatest earthly reward has been wife to Robert,  and mother to Evie + Nnaj + Remi.

“My family means the world to me. They have exceeded every expectation. Never put limitations on what you think you deserve. Gods grace gives us what we don’t deserve. My family has been my ultimate dream come true.”

Taylor’s goal in life is to simply, love the Lord God with all her heart, soul, mind, and strength…and to love her neighbor as herself. It sums up who she is as a person.  “I love people.  I am intrigued by personal stories. I want to be friends with anyone and everyone, because every person has something special and unique to offer this world. I believe the stories of our lives were never meant to be kept a secret. I love traveling and telling the world about Jesus. He saved my soul. I want to change the world. Whether a platform of thousands, or the ONE that I meet at Starbucks, I desire for people to know that they matter, and are not defined by their mistakes or failures. There is hope. There is life. There is a beautiful destiny waiting on the other side of your YES to Jesus Christ. You matter. “

Taylor is beyond humbled that you have decided to follow along her journey and have taken the opportunity to get to know her more. Her heart is that you are encouraged and uplifted, finding yourself with a smile, as you’re introduced to a new hope, while reading through the details of her heart. 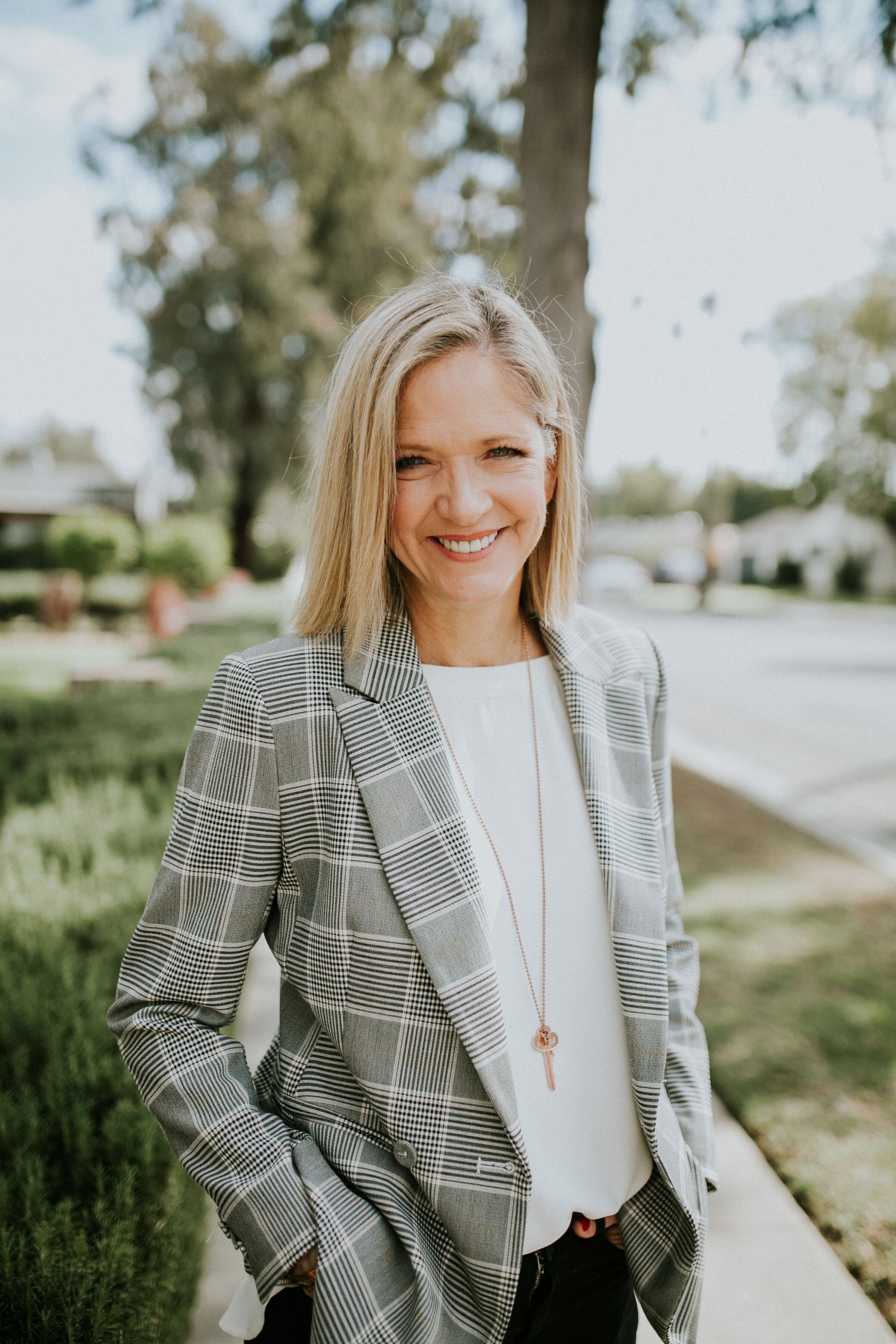 Holly’s life is full and busy… just the way she likes it! Like most women, she wears many hats – Hers include wife, mom, grandmother, pastor, teacher, author and cancer survivor. She grew up in Venezuela, Indonesia and England and eventually moved to Los Angeles where she worked as an actress in films and television for over 10 years.

Today she and her husband Philip are founding pastors of Oasis Church– a growing, relevant, multi-cultural, multi-generational church they started in 1984 in Los Angeles.

Holly is passionate about seeing women become who God has designed them to become. Through the women’s ministry of Oasis, She Rises, Holly seeks to blow the lid off the boxes that women have sometimes put themselves in and encourages women to be the amazing, world-changing champions they were made to be. She hosts an annual conference, She Rises, which draws women from around the country.

She has written several books, using her humorous yet challenging style to encourage readers. Her newest is Find Your Brave, an honest look about navigating storms, and has been an encouragement to the thousands who have read it. Her books include: GodChicks, Daily Steps for GodChicks and Love Works. Holly has been featured on many TV shows including The View, Praise the Lord, the 700 Club, and Dick Clark’s The Other Half. 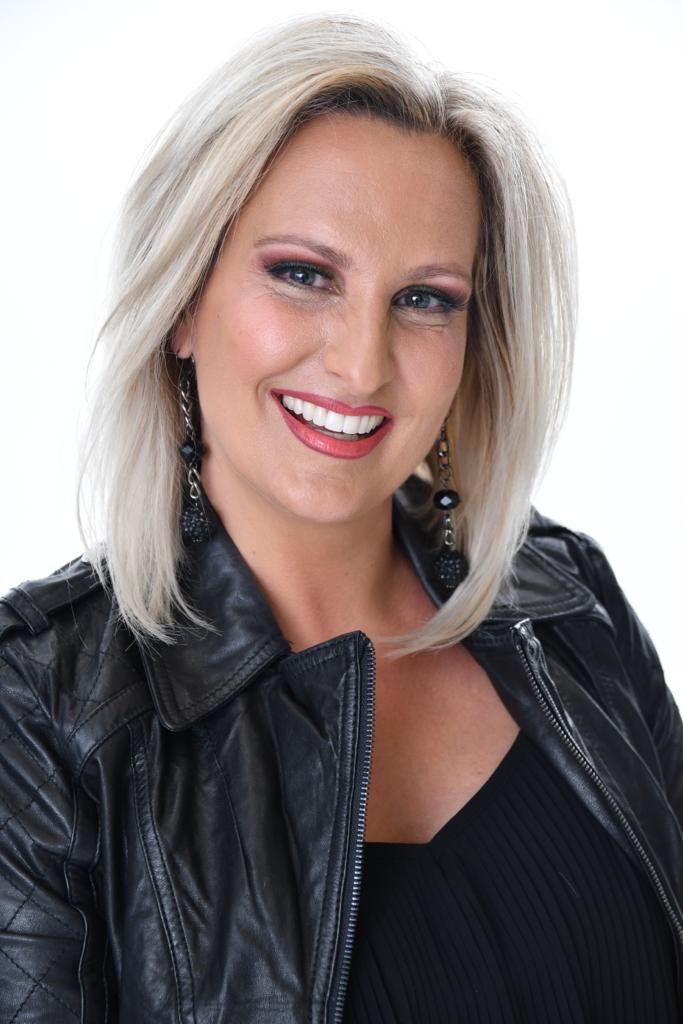 Christine is known for her uncompromising style; she is powerful, edgy, and relevant, yet tender and filled with grace as she speaks to men and women around the globe. She is an author and gifted speaker who entertains, enlightens and encourages her audiences. Her continued desire for personal growth has led to simply this: if you work on yourself and make yourself a better person, you have made a change in the world.  Christine is passionate about empowering people to live a life of influence and purpose and has a tremendous desire for people to embrace their God given talent and to meet life each day with joy and freedom.

Christine enthusiastically promotes the authentic mom life and firmly believes that our dreams don’t just die when children are born, instead they are enhanced. She personally balances home-schooling, traveling, speaking and writing new material, as well as donating her resources and time to charitable organizations worldwide.

She is the vice president of Dave Martin International, a non-profit corporation committed to helping others achieve success in life. Christine is also the best-selling author of Recharged and Good Morning Your Highness, and she has encouraged and benefited many people through her audio and video resources.

Christine and her family reside in sunny Florida.  When not traveling, she enjoys the outdoors, hot cocoa anytime of the year, and as much play time with her son as possible!